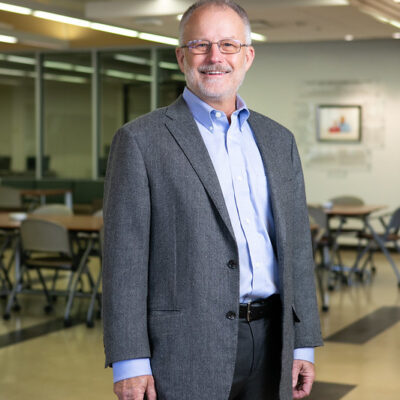 Brian Sullivan graduated with honors in Petroleum Engineering from the University of Texas at Austin in 1976, and subsequently graduated from the University of Texas Law School. He has been licensed to practice law in Texas since 1979. Brian is a Licensed Professional Engineer in Texas in Petroleum and Natural Gas Engineering (66213), and is Board Certified in Oil, Gas, and Mineral Law by the Texas Board of Legal Specialization.

Prior to entering private practice, Brian was a Legal (now titled Administrative Law Judge) and Technical Examiner in the Oil and Gas Division of the Railroad Commission of Texas, Staff Counsel to Commissioner Buddy Temple, an Adjunct Assistant Professor of Petroleum Engineering at the University of Texas at Austin, a consulting engineer with Max F. Powell, P.E., and a production engineer with Amoco Production Company. Brian was appointed by Governor Bush to the Regulatory Affairs Committee of the Interstate Oil and Gas Compact Commission, and he is Past-Chair of the Oil, Gas and Energy Resources Law Council of the State Bar of Texas. Brian is a past Chairman of the Visiting Committee of the Petroleum and Geosystems Engineering Department of the University of Texas. He has served as a Trustee at St. Stephen’s Episcopal School in Austin, Texas, as a Trustee at Schreiner University in Kerrville, Texas and as an Elder at Westminster Presbyterian Church.

Currently, in addition to continuing to practice law on a reduced basis, Brian is teaching Oil and Gas Law (PGE 379) to upper division Petroleum Engineering students as a Professor of Practice in the Hildeband Department of Petroleum and Geosystems Engineering at the University of Texas at Austin. Brian is also a grader for the Oil, Gas and Mineral Law Certification Examination.

Brian has been recognized in Texas Lawyer Magazine’s GoTo Guide as one of five “Go To” lawyers for Energy Law and he has been selected as a Super Lawyer by Thompson Reuters from 2007-2021.